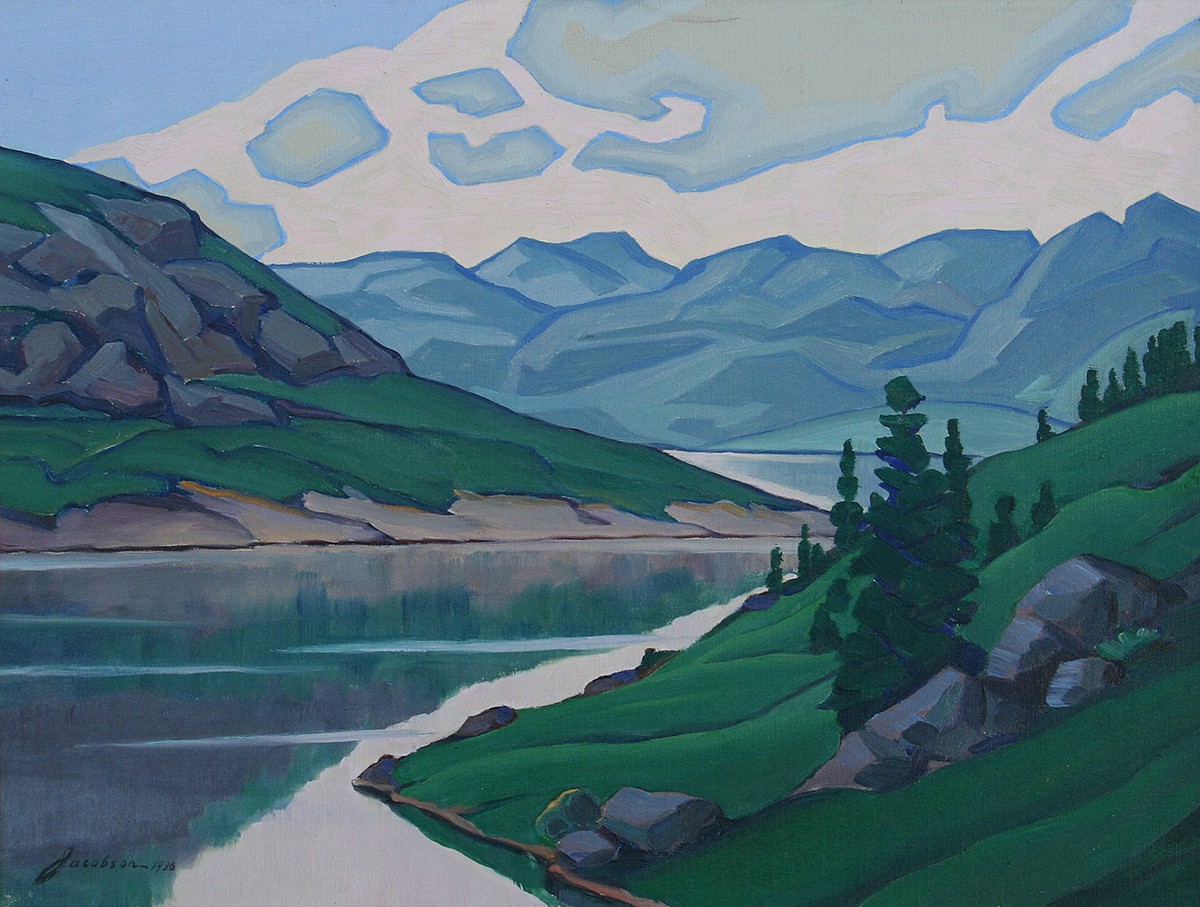 It may now be considered old fashioned but I seem to prefer to paint the world unconquered by man, unviolated by human greed, a world untouched by misery and despair.

Oscar Brousse Jacobson, one of the preeminent figures of Oklahoma’s art history, was born in Sweden in 1882, and immigrated to Kansas in 1890.  Receiving his Bachelor’s degree in 1908 from Bethany College, he continued his studies at the Louvre in Paris, in Sweden, and in Denmark.  In 1916 he received his MFA from Yale and in 1941 a doctorate of fine arts from Bethany College.  He began working for the school of art at the University of Oklahoma 1915, and became a champion of early-twentieth-century art in Oklahoma.  Perhaps most important to his legacy is the recognition of traditional Plains Indian Art, and that of the Kiowa Five.  In fact, in 1928 he was made an honorary chief of the Kiowa tribe for his efforts, which included establishing international recognition for the tribe’s artists.  He founded the Association of Oklahoma Artists, formally advised the Works Progress Administration’s Federal Art Project for Oklahoma in the 1930s, and in 1932 became the first director of OU’s museum of art, holding that position until 1952.  All the while, he was prolific in creating his own art – inspired by seemingly everything.  Fascinated as much by the southwestern states as he was by a 1925 sabbatical in North Africa, he wrote in 1948, “Every summer for 30 years or more, I have wandered over the southwestern states attempting as best I may, by means of paint, to interpret their dramatic beauty, not neglecting the lyrical melancholy charm of Oklahoma’s winters.”  Just released after 50 years in a private collection, JRB Art at The Elms is pleased to present these 12 paintings for acquisition by the public.

The theme of “the lyrical melancholy charm of Oklahoma’s winters” is also carried over into “Tres Blanc,” an annual group show including work by longtime gallery artists, as well as pieces by several artists new to the scene.  The artists were asked to use the color white as both inspiration and subject; in other words, to use a lack of color or define their artwork.  In our ultra-saturated contemporary world, “Tres Blanc” offers a respite for the eye inundated with color and visual noise.  Coco Chanel on the subject: “I have said that black has it all.  White too.  Their beauty is absolute.  It is the perfect harmony.”  The wide variety of responses from artists such as John Wolfe, Beth Hammack, Janice Matthews-Gordon, Karam Cheong, Madihah Janjua, and Adam Lanman, Jeremy Cunanan, and many others will transform the main gallery into a wonder-world of white; a meditation on artistic creation to start off 2016.